The Grace of Jeff Buckley

I use podcasts to help me fall asleep on restless nights. With the earbuds in place, they block out the traffic, coyotes and other noises of the canyon. I usually know not to listen to music or interviews with musicians because that usually riles me to want to get up and work (then fret about lack of sleep…) But I ignored the rule and put on this episode of Unfictional (from KCRW). 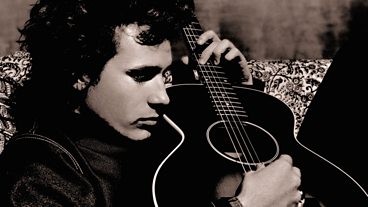 It was a huge flashback telling a story of a day just about six weeks after we’d played together in Los Angeles. The snippets of the radio performance are breathtaking. And hearing his speaking voice in the interview, especially when talking of his influences reminded me so much of that evening upstairs with him and his mother at Luna Park. That was the fresh Jeff, excited and easy to share things that worked for him, inspired him. That was the guy who helped me get a foothold in New York by sharing the places he loved to play, etc. And then the story goes on to a sold out show in London, to the point that they had to book a last minute gig at what’s now the 12 Bar Club on Denmark St. which had the people who’d been waiting outside at the original club follow Jeff down the street lined with music shops to that room I played in just last month. The person in the story talks about the tiny balcony where my friends, Julian and Wendy, were just sitting and I think about how exciting it must’ve been to see Jeff on that day.

Yes, that was the career I wanted, and I had my moments of pin drop crowds and times playing for the people lined up outside to see me on Sunset Blvd., but I knew when I saw Jeff the first time that he had a haunted fearlessness that took him in directions that my acquiescences would have a hard time following.

But grace is a funny thing. It touches you when you least expect it and inspires you to go on. I hate that Jeff isn’t still here making music and continuing to enjoy the explorations he’d begun.

Take a listen to the radio show here: The Grace of Jeff Buckley. It’s from the BBC page because it has a few more links to check out that I thought would be nice to share.

I’d also recommend KCRW’s Unfictional show which often rebroadcasts some of the best BBC4 documentaries in addition to its original programming. After I listened to the story on Jeff Buckley I listened to a new one on Judee Sill, where you get to hear one of my heroes, Andy Partridge of XTC, cry… Her music is incredibly beautiful as well.

I don’t recommend listening to either of these stories when you’re hoping to fall asleep!

Jason Posted in Shows, Shows Past — No Comments ↓

-->
Posted in Shows, Shows Past

More photos from Saturday night with Kenny Burrell at the Giving Back to the Future fundraiser. (These are on Facebook, however some of you may not partake…)

Kenny Burrell told this story last night to a few of us. Duke Ellington had previously told him to his face that he was his favorite guitarist, but there was another private compliment he received from the legend. Kenny – with his trio – had opened for Duke for a concert in Central Park. They’d done a really good job and the applause was loud and strong. As Kenny left the stage he was walking past the maestro’s dressing room and heard Duke’s manager ask Duke if he heard all that applause. (Maybe he was trying to get his competive juices flowing…)

Duke said, “Yes, but did you hear that harmony?”

I felt a little like that when seeing this photo of me playing one of Kenny’s new songs last night, noticing him looking on so sweetly at the corner of the stage. These are the moments you live for as a musician, the moment you make your heroes smile!

Jason Posted in Shows Past — No Comments ↓

I’ll be singing Kenny Burrell’s new tune “Giving Back” at a fundraiser for an international children’s choir who’ll sing at the UN in 2015. Led by Kenny Burrell and Gary Catona.

Posted in Shows Past

Jason Posted in Shows Past — No Comments ↓

Back home to sing and play…

Posted in Shows Past