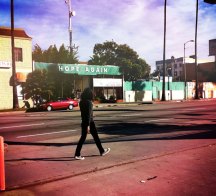 We’ve gone worldwide!  Everything about this album has been possible through community support, so please go by these major retailers to leave a review.  I really appreciate your continued support in making this album a success.

One Step (Don't Neglect The Rest)

I wrote this a few months ago and bashed it out an hour ago in my studio. Just a quick guitar voice demo to hopefully inspire you to remember to vote and continue to act.

One Step (Everything Your Heart Desires)

“We are the ones we’ve been waiting for.”
I heard that said out on campaign
We believed it
Tried to be it
Now I just hear us complain

We are the ones we are waiting on
We did it before, let’s do it again
The tea ain’t gospel
The dream is possible
(For) health and dignity
Every woman
Every man

I laugh at egotism
Every man has many guides
The more the better
We’re better together
I hope you succeed
Don’t you wish the same for me?

leaves are falling
songs are rising
pacific ocean on the horizon
next year by Christmas
can we end all wars?
Mideast midnight twilights?

you could be locked in two feet of snow
somewhere it’s summer
here hot winds blow
trial by fire,
or we could just try
this is my kind of good fight

Last night I had the privilege to play a song on “Beautiful Struggle” on KPFK here in Los Angeles.  The theme of the evening was education and the cutbacks we’re facing in California.  For more info on the March 4th Strike, go to: http://defendcapubliceducation.wordpress.com/

Co-host, Michael Datcher, had prompted me that the show would be on education issues.  And just a few days earlier I’d performed with Anne Feeney at an activist retirement community on the campus of UCBerkeley.  One of the women after the show told me how my song, “Jackson, MS,” captured issues that aren’t being taught in schools much these days.  So I pulled that one out for the show.

On Sketches of Spain 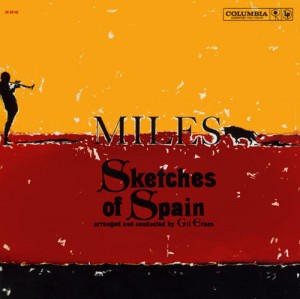 I heard this today.

The song “Trumpet Guitars” (from [cref mmix-2009-the-new-album mMix]) was originally called, “Post Sketches of Spain.”  I’d had a beautiful first evening with a singer/actress.  We played standards read from my first “Real Book” and laughed ourselves silly.  (Yes, I know, not so rock ‘n’ rock.) Then we put on that album, Sketches of Spain, with Miles’ trumpet playing the guitar lines from Rodrigo’s “Concierto de Aranjuez.”  The rest is in the song.  The woman is no longer in my life, but the album is eternal.

You can hear “Trumpet Guitars” using the MMIX Player in the right column.

The “Sing Out for Single Payer Road Show” is about to begin! Starting July 2nd, I’m going on the road from San Diego, CA to Bellingham, WA. I’ll travel with folk singer Anne Feeney on a mission to encourage senators, representatives, and “we, the people” to work for universal healthcare across our nation. We’ve got twenty-five shows in twenty-six days! It will be tireless. But we’ve got a cast of about 40 other musicians and more concerned citizens joining us along the way.

You can support us with your presence and donations.

You can support me by buying a CD, download, or other swag in my shop. (I’m already on the second printing of mMix. It’s been sweet to get such positive feedback on it!)

And tonight, June 23, you can hear me live on KPFK (and online) during the 7-8 slot. I close the “Beautiful Struggle” program (around 7:45). The topic for this evening is the work of Public Allies, the organization formerly headed by First Lady Michelle Obama.

If you’re not on the local list this is your first notice that on October 1st, an essay of mine called, “Playing the Verses Straight” will be released in an original anthology called “The Black Body.” It’s edited by Meri Nana-Ama Danquah and includes Obama’s inaugural poet Elizabeth Alexander among others.

I hope to see you on the road show. Please email me or check my site for more info.

-->
Posted in Blog, Music, Shows Past

MMIX is not an album of categorically contained music, but it draws you in to an intimate world safe for ambiguity and big hopes.   And that’s the fun of it.  It’s an “album” with a beginning, middle and end.  It starts with a look back an attempt to remember and concludes with the realization that memories are less important than an embrace of the ambiguous.  Saying much more would require “spoiler alerts.”

Suffice to say, the music is a tuneful miscegenation of organic folk, rock, soul and jazz.  Jason’s love of Brazilian music is probably more evident on this album than any of his others (“Perfect Little Mess,” “Moment a Lifetime,” “Stack of 45s”).  But there are homages to 80s indie rock (“Bob Duluth”) and 70s soul pop (“Our Moment in the Sun” with it’s Doobie Brothers meet Burt Bacharach middle section).  There’s a lullaby, “Trumpet Guitars,” recounting a night listening to Miles Davis’s “Sketches of Spain” album.   And there’s even a Kumbaya moment with Jason’s “Come By Here” imagining a New Orleans second line parade to the tune of Allen Toussaint’s “Yes We Can, Can” marching along with Ahmad, Krishna, Siddhartha and Jesus.

As for the title, it’s just Roman numerals.  But how fun to have to have the word ‘mix’ in the year Barack Obama became President of the US!  Jason keeps a blog about “mulatto moments in post-racial America” so he couldn’t resist the image and opportunity to play with the acronym.  Mulatto Moments in eXcess?  My Mother Isn’t Xenophobic?  Or is it as one fan posted on jasonluckett.com, “My Music Is eXcellent!”

A Mulatto Moment…  It’s when reality confronts the surreality of ambiguous identity.    The giggle is that while others may try to define one by his or her parts, the individual knows he or she is whole.  That’s what mMix is:  a whole, a sum of parts much richer taken in its entirety than if radically parsed.  (That said there probably are some “singles” on here.  Try “Moment in the Sun,” “Mystery and Wonder,” “Stack of 45s,” or “Bob Duluth.”)